The State Rooms of the Residenz in the DomQuartier Salzburg

The state rooms of the Residenz in Salzburg are a true gem in the midst of Salzburg’s old town. It is the symbiosis of unique architecture and almost lavishly furnished premises that make the former palace complex of the Salzburg sovereigns one of the most magnificent places of the present.

Princely Splendor
in the Heart of Salzburg's Old Town

A Residence for the Prince Archbishops

Archbishop Wolf Dietrich von Raitenau had the medieval bishop’s seat as well as parts of the buildings around today’s Residenz main courtyard demolished in order to create more room for a sprawling new construction in the Italian style.

Under his rule, the wing with the Carabinieri Hall on the Residenzplatz (Residence Square) and Domplatz (Cathedral Square) was constructed.

Access to the staterooms is via the main courtyard with its three-arched hallway, past the monumental niche with the Hercules Fountain, behind which the princely-archiepiscopal fish tank is located.
The imposing main staircase was constructed under Wolf Dietrich around 1610/11 so as to give access to the princely staterooms. 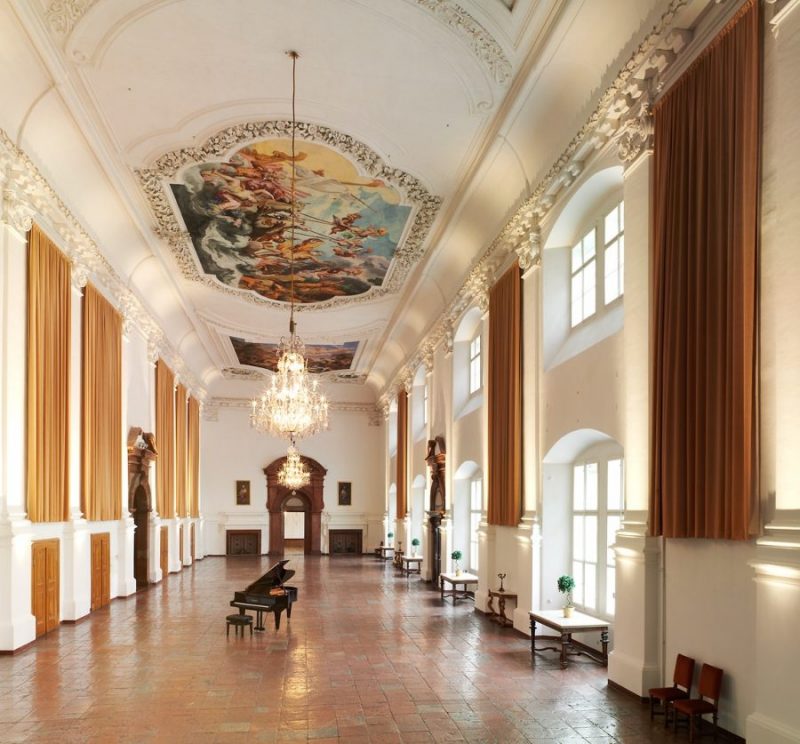 Ever since the time of Wolf Dietrich, entrance was through the Carabinieri Hall, an impressive stateroom used for ceremonies and festivities that also gave access to the adjoining living and administrative quarters. The route which ambassadors, statesmen and diplomats were required to take by Baroque ceremonial prior to an audience with the prince-archbishop led them through the Knights Hall to the Council Chamber, then passing through the Antechamber to the Audience Hall, the magnificent highlight. Only a few select guests were ever allowed access to the private area of the princely apartments adjacent to the study (Retirade). The order of these rooms was essentially laid down by the French suite of rooms for princely ritual and regulated by ‘chamber ordinances’.

Subsequent prince-archbishops continued to improve the magnificent décor of the Residenz. Therefore, the decoration of the Carabinieri Hall with stucco and ceiling frescoes dates from the time of Prince-archbishop Johann Ernst Graf von Thun. The stucco was executed by Francesco and Carlo Antonio Brenno and Antonio Carabelli, and the ceiling frescoes by Johann Michael Rottmayr. 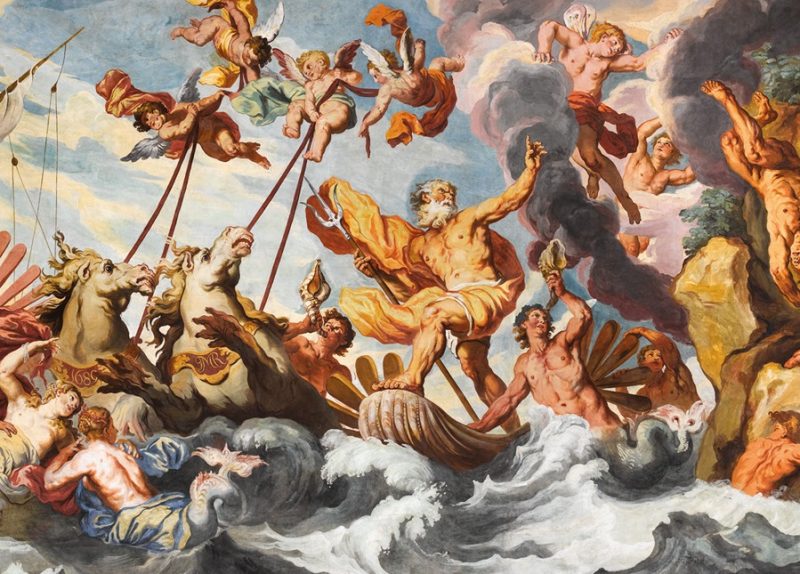 The Carabinieri Hall takes its name from the trabant life guards established by Wolf Dietrich along the lines of the Pontifical Swiss Guard. The guards’ name was derived from the elaborate and magnificently decorated wheellock carbine firearms which they carried.

From 1709 Prince-archbishop Franz Anton von Harrach had the Residenz modernized. The refurbishment of the apartments modelled on those of the Leopoldine Wing of the Imperial Palace in Vienna was intended to emphasize the patron’s princely status as a prince-archbishop. The appearance of the main façade today, with its ornate main entrance portal and the stucco surrounding the windows of the piano nobile, dates from this era. The best artists of the time were engaged for the interior decoration: Johann Michael Rottmayr, Martino Altomonte, Antonio Beduzzi and Alberto Camesina. 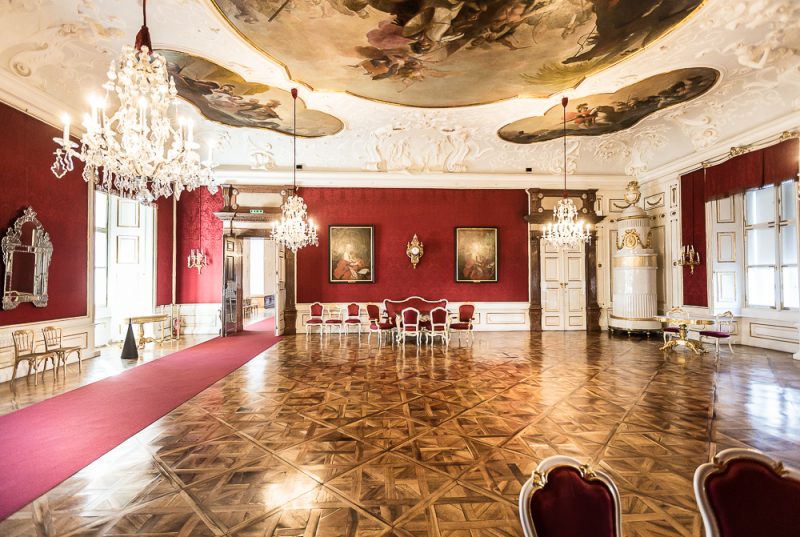 Hieronymus Graf von Colloredo, the last prince archbishop prior to secularization, planned extensive changes to the buildings. He also commissioned Peter Pflauder, the court stucco artist, to decorate the walls of the staterooms with fine white and gold ornamentation in line with neoclassical taste. The early neoclassical tiled stoves in the staterooms date from the 1770s and 1780s and replaced the older ones from Harrach’s time.
It was only with its transfer to the imperial crown estate office that the Residenz was used as a secondary residence by the Austrian imperial family. Consequently, the staterooms were equipped with furniture from the Imperial Furniture Collection. 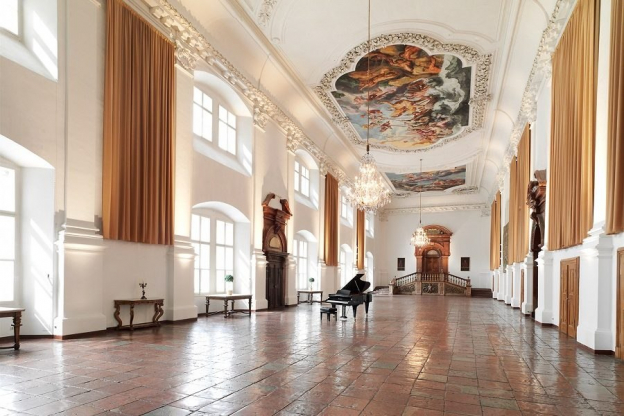 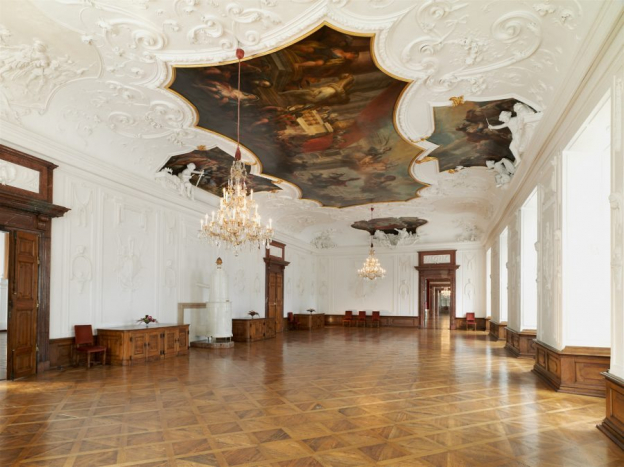 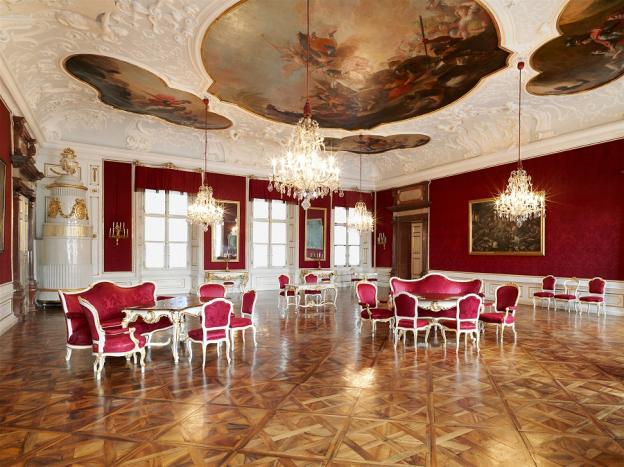 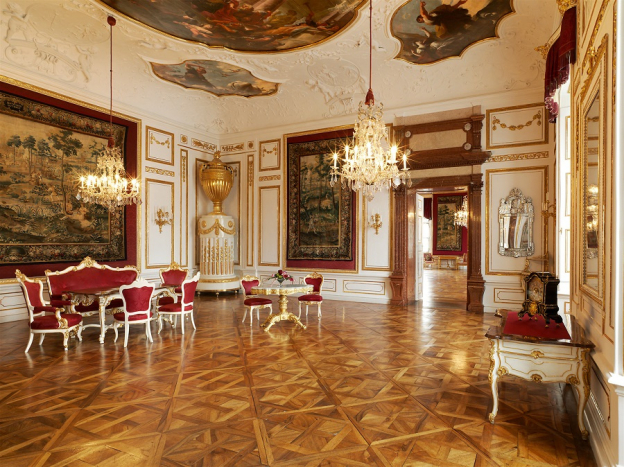 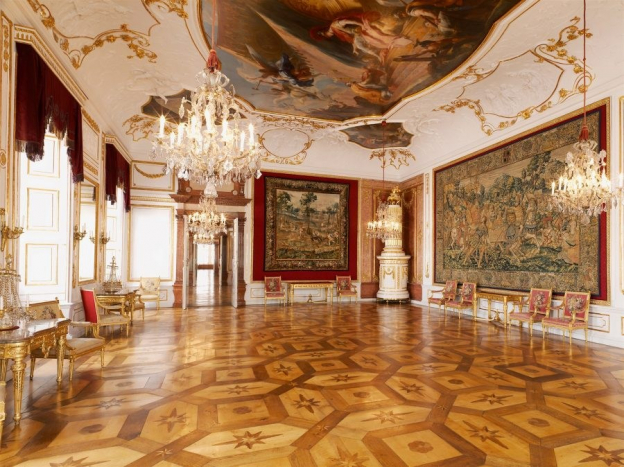 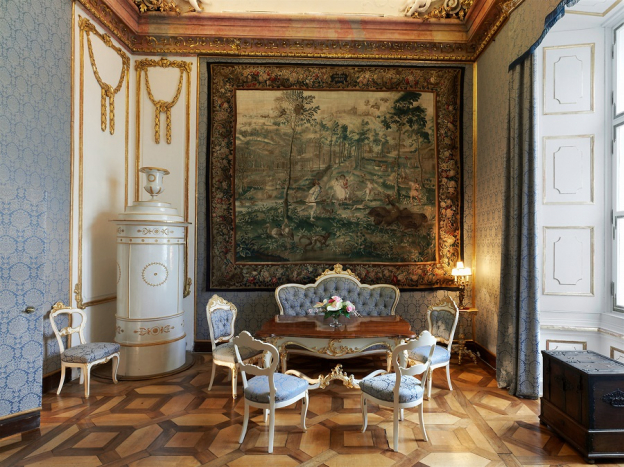 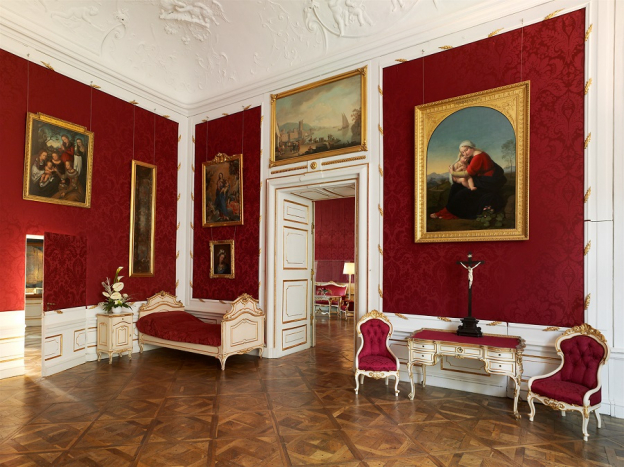 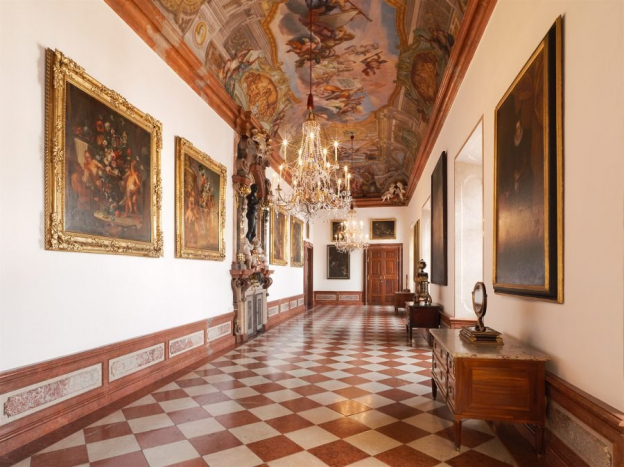 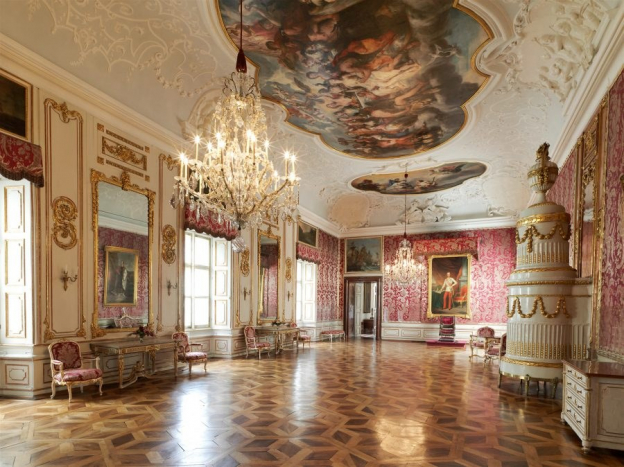 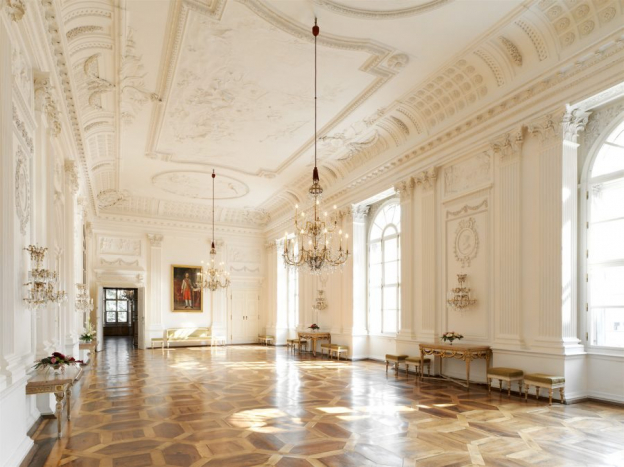 3D views of the state rooms

In additoin to their museum use, the rooms are used for events such as meetings, receptions, concerts, banquets, product presentations, honors, exhibitions, seminars, conferences, or otherwise. The event team of the Residenz Looks forward to you non-binding inquiry for you event.