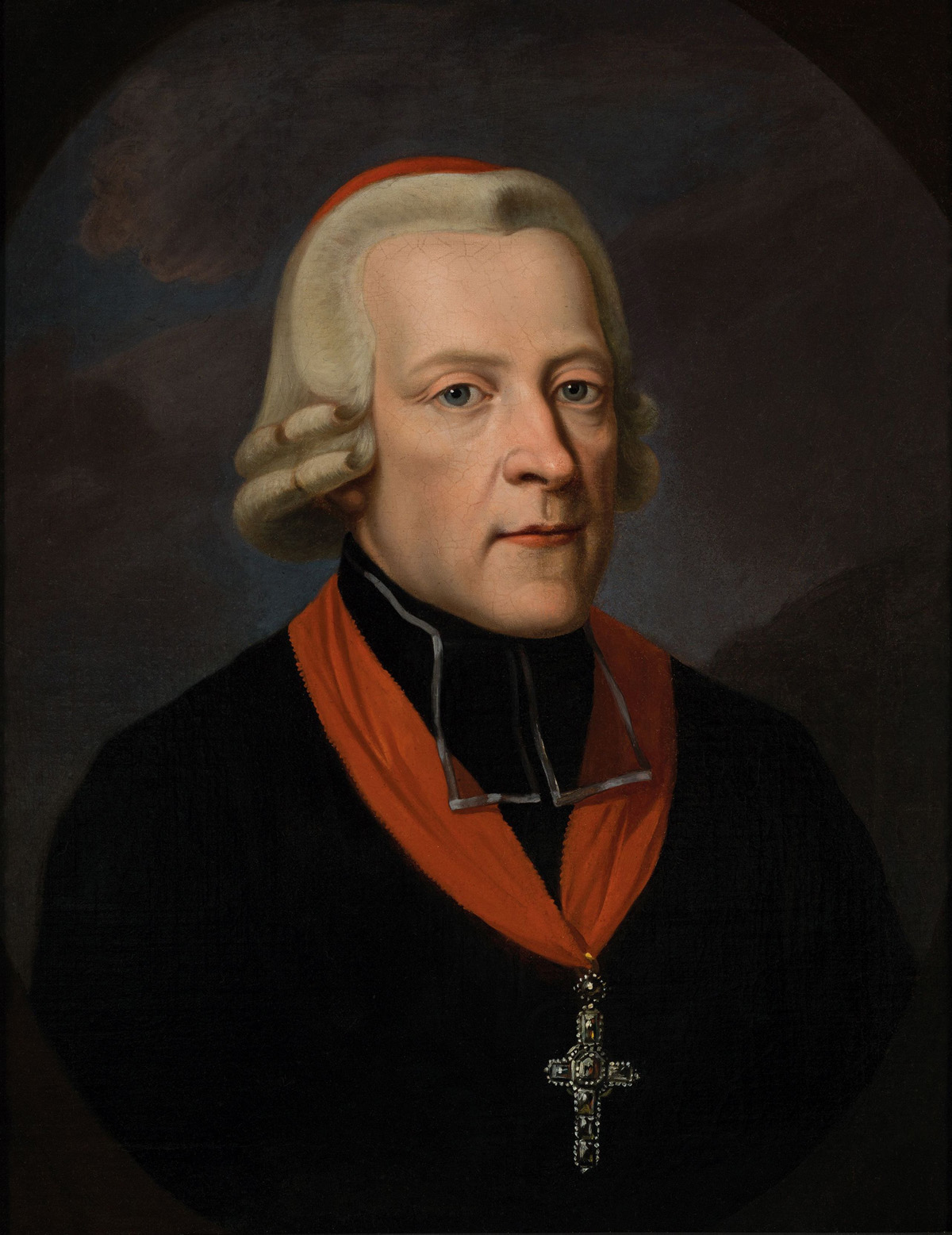 Exhibition on the occasion of the 250th anniversary

Count Hieronymus Colloredo was elected Archbishop of Salzburg on 14 March 1772. This exhibition on the last ecclesiastical ruler and his epoch marks the 250th anniversary.

Three decades were to remain until the end of the Salzburg Archabbey – a period which the reformist Prince shaped in the spirit of the Enlightenment. His first pressing task was to deal with the high state debt. Ultimately, by means of economies, improved organisation and a more efficient and equitable tax system, it was even possible to achieve surpluses.

Outstanding scholars associated with Colloredo worked to prepare the reforms, which affected all spheres of life. Great importance was attached to education, which was considered a way of making his subjects better citizens. The court library was expanded with more books than it had seen in the previous hundred years. The school system was restructured and the training of both teachers and priests reformed. The development of poor relief was a concern of Colloredo’s, as well as improved medical care and, towards the end of his reign, the propagation of smallpox vaccination.

Not all his innovations met with approval; the ecclesiastical reforms were most vehemently resisted by the rural population. Colloredo’s predecessor Schrattenbach had encouraged or allowed displays of splendour in church services and processions, the veneration of the Virgin and the Saints, pilgrimages and brotherhoods. Colloredo, by contrast, allowed all these only in a very restricted form; various customs, religious plays, nativity scenes and “Wetterläuten” [ringing the church bell to avert a brewing storm] were prohibited altogether. Instead of exaggerated  emphasis on outward appearance, a “purified” practice of religion should concentrate on Bible-reading and German hymn-singing. One of the most unpopular measures was the extension of working hours by a reduction in church holidays. Central to the reform programme was the pastoral letter of 1782, which was talked about all over Europe and translated into several languages .

The speed and radicality of these reforms were too much for many of the subjects. The climate of freedom of opinion and of the press at Colloredo’s court was unparalleled abroad. In Bavaria, for instance, it was a punishable offence to read or distribute the Oberdeutsche Zeitung, a newspaper printed in Salzburg. Before the star of the old Archabbey set, Colloredo’s Salzburg had developed into a centre of progressive thinking, a centre of the Enlightenment in Europe.

In 1800, Colloredo fled to Vienna before the advancing French army; he was forced to abdicate as a secular ruler in 1803, but insisted upon retaining the rank of archbishop until his death in 1812, thus ensuring the continued existence of the archbishopric of Salzburg.

The DomQuartier is unquestionably the ideal location for an exhibition on Colloredo. This was his sphere of influence, and it is still evident in the design of the state-rooms – in the Weisse Saal, the stuccoed walls of the Rittersaal, the classicistic tiled stoves and the French suite of seating furniture in the audience chamber. The main exhibition is in the North Oratory, curated by the Cathedral Museum. The Residenzgalerie will show pictures from its own collection in the rooms of Colloredo’s former painting gallery.

Since the exhibition can only touch on individual topics, the catalogue will offer further details and explanations. Published in co-operation with the archive of the Archdiocese of Salzburg, it will contain essays on people and families, state and administration, science and the arts, faith and the church, everyday life and conditions. The authors are mainly academics from the University of Salzburg and the Salzburg Archive.

The exhibition catalogue will be available in the museum shop or in the online shop from November 2022.