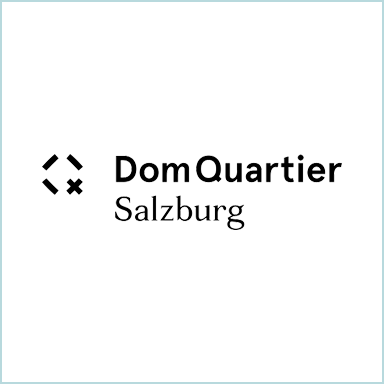 An exhibition by
LIECHTENSTEIN. THE PRINCELY COLLECTIONS in collaboration with the Residenzgalerie and the Paintings Gallery of the Vienna Academy of Fine Arts

The Salzburg Festival is unquestionably one of the leading events in the international musical calendar. With the major exhibition MENSCHENBILDER – GÖTTERWELTEN. The Worlds of Gods and Men, to be held in the DomQuartier Salzburg, music and fine art will encounter each other on an equal footing during the 2016 Festival season.

With the ten rooms of the Residenzgalerie Salzburg and the North Oratory we have two superb exhibition spaces at our disposal to devote to one of the most sublime themes in the fine arts: the portrayal of gods and men over more than three centuries of classic European painting and sculpture. This will be illustrated with sixty-seven superlative paintings and twenty-one masterpieces of sculpture.

The Book of Genesis contains the famous sentence that is almost programmatic for the entire history of the fine arts: ‘So God created man in his own image, in the image of God created he him; male and female created he them.’ (Gen. 1: 27) This stands in opposition to the other commandment of the Bible: ‘Thou shalt not make unto thee any graven image, or any likeness of any thing that is in heaven above, or that is in the earth beneath, or that is in the water under the earth’ (Exod. 20: 4–5), which in Western Christian culture, however, was only obeyed and implemented during the brief periods of iconoclasm.

MAN AND GOD IN THE CHRISTIAN PICTORIAL TRADITION

The paintings with which the exhibition begins in the Residenzgalerie of the DomQuartier Salzburg are wholly informed by the Christian faith and its exegesis, and intended both for its propagation and for private devotions: from the majestic image of the risen Christ seated on his sarcophagus by Marco Palmezzano (1458/63–1539) to the scenes with Mary and the infant Christ that increasingly reflect the play of the relationships between the figures and ultimately also include the onlooker in the events depicted (Francesco di Cristofano, called Franciabigio, 1484–1525, Virgin and Child with the Young St John the Baptist).

By the High Renaissance the ideal of the powerfully formed image of man derived from classical models began to make itself felt in depictions of Christian subjects, with artists basing their figures on their study of the great sculpture of antiquity and its idealizing approach to the human body. Cornelisz. Cornelis van Haarlem’s (1562–1638) St Sebastian with its saint who stands powerfully before us displays the physical ideal of the Mannerist movement on the cusp of its transition to the Baroque, as also reflected in the sculpture of Adrian de Fries (1556–1626) representing the same saint which will be presented in the North Oratory.

Another example is provided by the first picture that the young van Dyck (1599–1641) painted, probably aged just seventeen, which shows St Jerome in a similarly robust pose, here already indebted to the dynamism of the High Baroque.

This dynamism continues in the work of Peter Paul Rubens (1577–1640), first evident in the exhibition in his Lamentation (c. 1612), in which the diagonal axis of the composition is dominated by the lifeless body of Christ, around which the mourners are gathered in attitudes expressive of the profoundest grief.

In the Assembly Room of the Residenzgalerie in Salzburg the exhibition brings an explosion of Baroque dynamism and movement in a plethora of large-format paintings by Rubens never before displayed together in this concentration in a single room in any Austrian museum or exhibition. Boreas and Oreithya (c. 1615) from the Paintings Gallery of the Vienna Academy of Fine Arts, Mars and Rhea Silvia (c. 1616/1617) and the Discovery of the Infant Erichthonius (c. 1616) from the Princely Collections together with the Ganymede (1612) from the Fürstlich Schwarzenberg’sche Kunststiftung in Vaduz make a dazzling display demonstrating how the cultures of antiquity and the Baroque merge in a dynamic synthesis.

A generation later Sebastiano Ricci (1659–1734) executed his two monumental paintings treating the Rape of the Sabine Women and the Battle of the Romans and the Sabines (both c. 1700), which were translated by Giambologna (1529–1608) in an almost iconic manner into the medium of sculpture, bronze reductions of which will be displayed in the North Oratory.

In the following rooms the themes of classical mythology continue seamlessly into the nineteenth century with works by Angelika Kauffmann (1741–1807), Heinrich Friedrich Füger’s (1751–1818) The Creation of Men by Prometheus (1817), and the latest work in the exhibition, the Death of Cleopatra (1875) by the Salzburg-born artist Hans Makart (1840–1884).

IMAGES OF THE HUMAN FORM

No less interesting than the section of the exhibition featuring classical and Christian mythology and history is the series of paintings that explore the depiction of the human form in portraiture from the sixteenth to the nineteenth century.

The selection starts with iconic images from the Princely Collections such as the pair of portraits (c. 1515) by Bernhard Strigel (1461–1528) from north of the Alps, or those by Bernardino Zaganelli da Cotignola (1460/1470–1510) and Francesco di Cristofano from the Italian cultural sphere.

Quentin Massys’s (1466–1533) genre portrait The Tax Collectors (late 1520s) enriches the exhibition with an example of the narrative documentation of daily life.

Other undoubted highlights of the exhibition in this field are the small-format Sleeping Child by Bernardo Strozzi (1581–1644) and Rembrandt’s Old Woman Praying, two exquisite treasures from the Residenzgalerie Salzburg.

This section of the exhibition concludes with a brilliant display of Biedermeier painting, an era that is of equally great importance in the Princely Collections, the Residenzgalerie Salzburg and the Paintings Gallery of the Vienna Academy of Fine Arts. All the major painters of this period that was so productive in Vienna and Austria are represented with several intimate and touching portraits: Ferdinand Georg Waldmüller (1793–1865) with his extraordinarily lively – and for this epoch almost monumental – Children at the Window (1853), Franz Eybl (1806–1880) with his Strawberry Seller from Hallstatt (1844), and finally Friedrich von Amerling (1803–1887) with his Young Girl (1834), the latter two constituting the most recent new acquisitions by the Princely Collections, which as such will be presented at Salzburg for the first time.

SCULPTURE FROM THE PRINCELY COLLECTIONS IN THE NORTH ORATORY

The exhibition of sculpture from the Princely Collections in the North Oratory forms a cosmos in its own right. Decorated with unique, heavy acanthus stucco from the seventeenth century, the oratory offers an ambience that forms a clear contrast with the works on display.

Ranging from the fifteenth to the eighteenth century, the focus here is on works such as the exquisite little St Sebastian (or Marsyas; c. 1500), the only documented sculpture conceived and made by Andrea Mantegna (1431–1506), to the monumental works of Massimiliano Soldani-Benzi (1656–1740), who copied classical works of art as well as the famous Bacchus (1695–1703) by Michelangelo (1475–1564) for Prince Johann Adam Andreas I von Liechtenstein, thus triggering the wave of copies from the collections of the Medici in Florence and the Roman collections such as the Capitoline.

The chapel of the North Oratory will display High Baroque sculptures from the circles of Roman artist, including a Bust of Maria Annunciata (c. 1670) by Domenico Guidi (1625–1701) executed in white Carrara marble, and his bronze bust of Pietro Vito Ottoboni, Pope Alexander VIII (c. 1700) with its original and extremely rare patination (in this case painted), and on the altar a Christ on the Cross by Alessandro Algardi (1598–1654).

This exhibition has been made possible by the hospitality of the Residenzgalerie Salzburg, the good will of the DomQuartier Salzburg and by the generous loans of works from the partners of the Private Art Collections (LIECHTENSTEIN. The Princely Collections, Vaduz–Vienna, Residenzgalerie Salzburg, the Paintings Gallery of the Vienna Academy of Fine Arts, Hohenbuchau Collection, Fürstlich Schwarzenberg’sche Kunststiftung, Vaduz). The exhibition in the Residenzgalerie Salzburg is sponsored by the LGT, the international Private Banking and Asset Management group of the Princely House of Liechtenstein, represented in Austria with branches in Salzburg and Vienna. The exhibition in the North Oratory is supported by the Austrian Federal State of Salzburg.