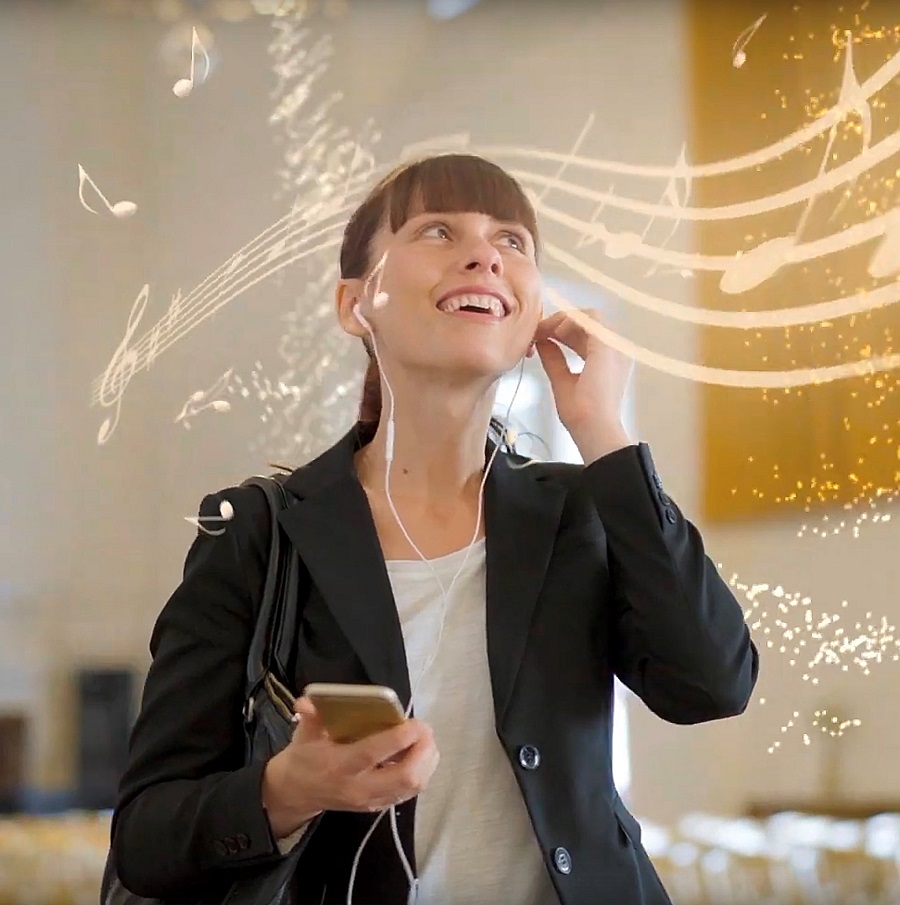 Music everywhere! The Salzburg Court of Princes – a Centre of European Musical Culture 1587 -1807

The app contains additional texts, music examples and videos about Salzburg’s musical history in the 17th and 18th centuries. And all this at the original venues in the DomQuartier Salzburg.

It is thus the accompanying medium for your visit to the music exhibition in the DomQuartier or to inform yourself in advance or afterwards for more in-depth information or because you unfortunately cannot visit the exhibition on site in the museum at the moment. In any case, we hope you enjoy it!

And this is how it works:

Overview of the contents of the app

In the Carabinierisaal, the early opera of the 17th century is discussed. Orfeo, which was staged on 10 February 1614, went down in music history as the first opera performance outside Italy.

Via Music App in the footsteps of the prince archbishops

The Knights’ Hall is reserved for music theatre of the 18th century, with a special focus on Mozart’s sacred singspiel Die Schuldigkeit des ersten Gebots KV 35 (1767) and his serenata Il re pastore KV 208 (1775), which were first performed here under his direction.

In the adjoining conference room, the Musik_App is dedicated to chamber music of the
18th century chamber music, with examples of gallant society music for exclusive courtly evening entertainments. Here, in 1763, W. A. Mozart’s concert debut at the Salzburg court took place here; Prince Archbishop Hieronymus Count Colloredo, who was a good violinist, played here with his musicians, including duos for violin and viola composed for him.

The station in the Ante Camera allows insights into the position and situation of the prince-archbishop’s court musicians.

In the Audience Room, the theme is the staging of rulers, the pleasures of the table and the music of the table, as well as the importance of the court trumpeters as bearers of princely representation and power.

In the Schönen Galerie, the Musik_App provides information about the era of court theatre from 1720 onwards, with a special focus on the works written for Salzburg by the imperial court composer and vice-chapel master Antonio Caldara.

In the Throne Hall and the White Hall you can hear ornate and original instrumental music of the 17th and 18th centuries, including works by Georg Muffat and Heinrich Ignaz Franz Biber, with whom Salzburg reached an international musical level.

In the North Oratory of Salzburg Cathedral, church music of the 17th and 18th centuries is dealt with in four sub-sections, which was adapted to the special architectural-acoustic conditions of the cathedral, ensured an effective manifestation of the glory of God, but also provided the appropriate sound cosmos for the magnificent princely representation.

In the St. Peter’s Long Gallery and in the music room of the St. Peter’s Museum, the Musik_App tells about the St. Peter’s “Musica” – among other things about W. A. Mozart and Michael Haydn, the final music in connection with the famous “Basettl” or about the Claviorganum from 1591 acquired by Prince Archbishop Wolf Dietrich, one of the most valuable and oldest objects in the DomQuartier.

The exhibition spaces for “Music Everywhere!” 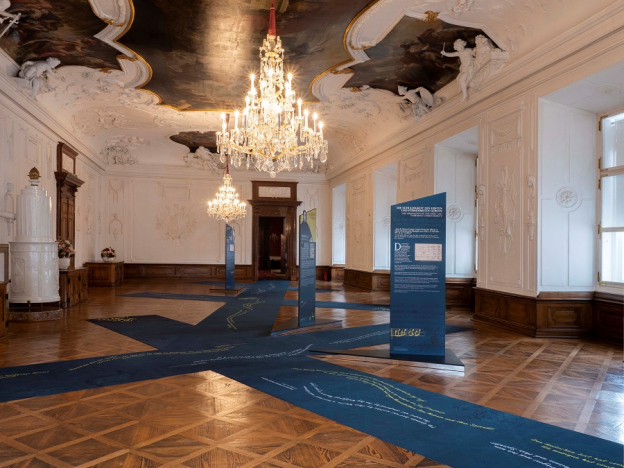 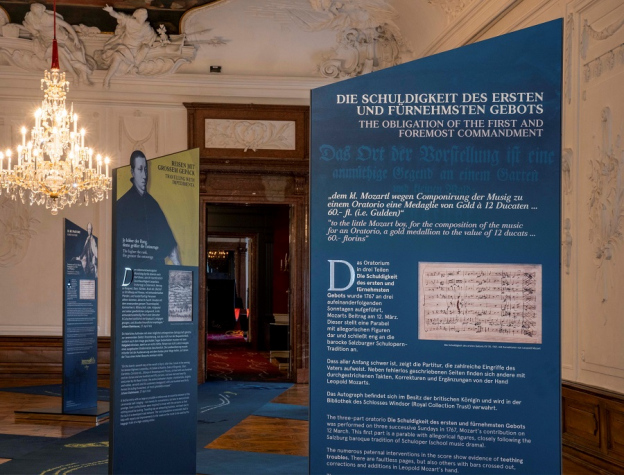 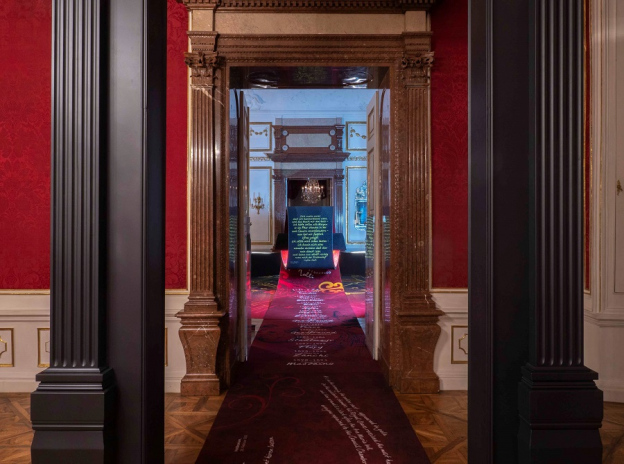 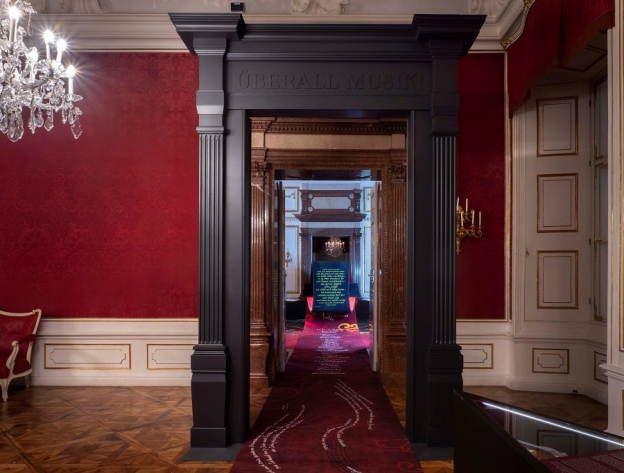 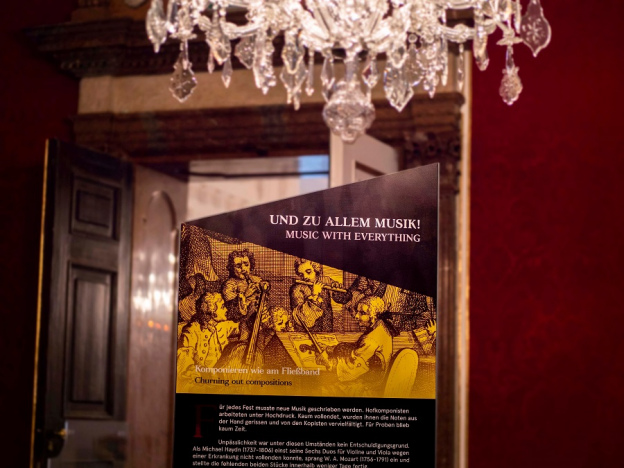 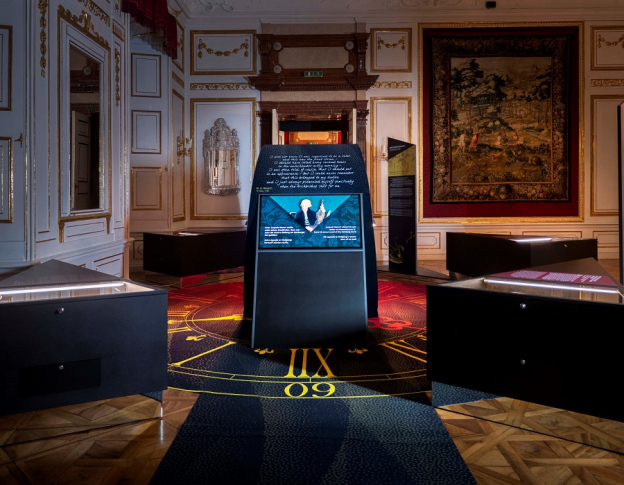 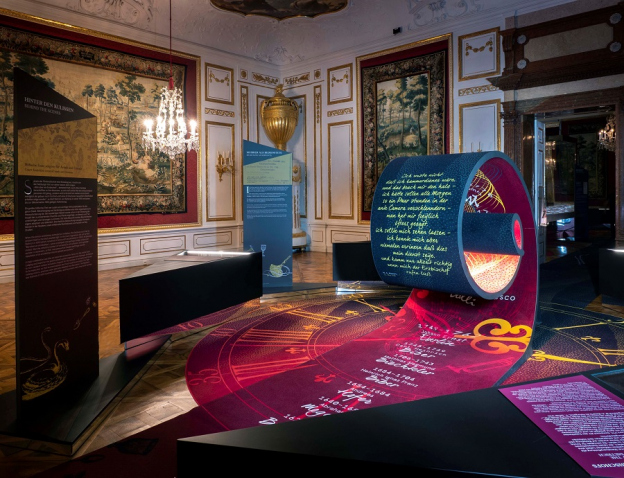 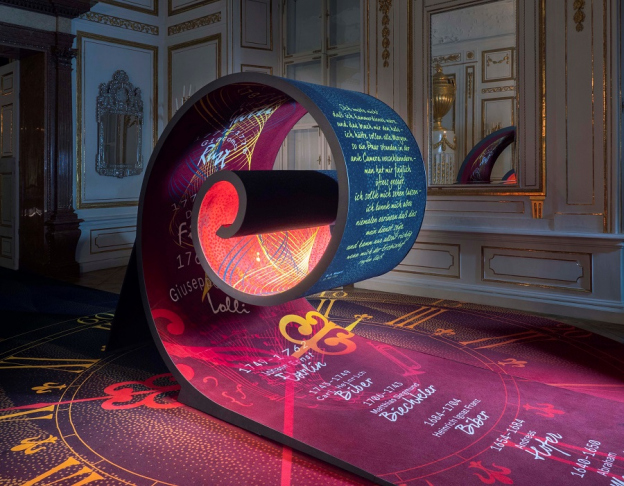 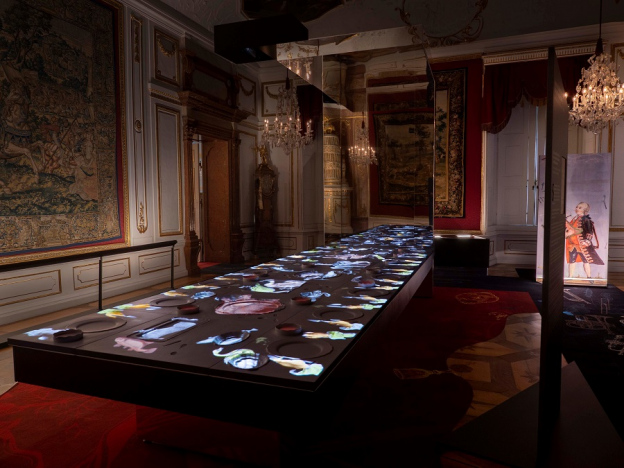 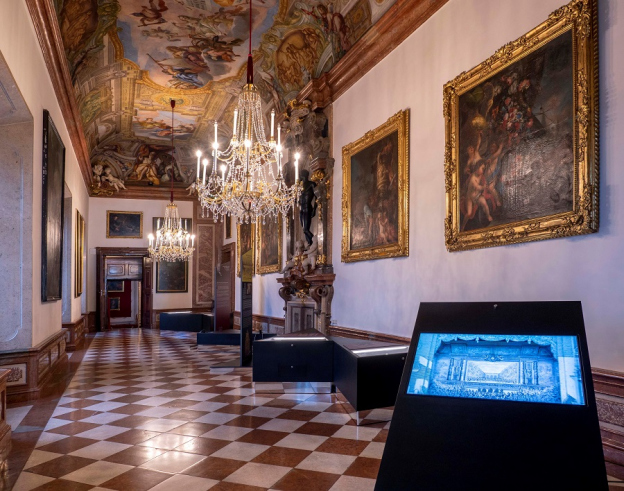 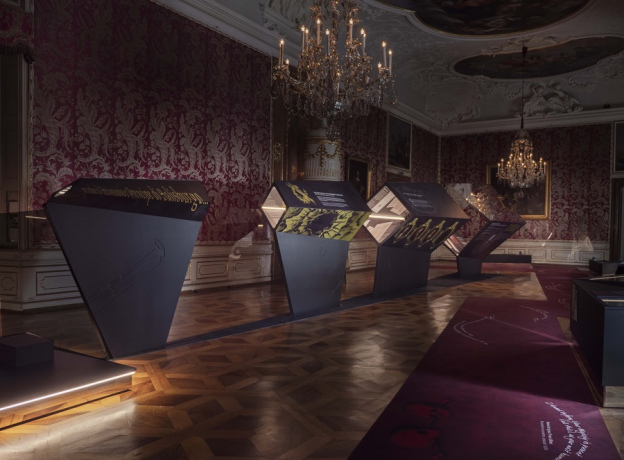 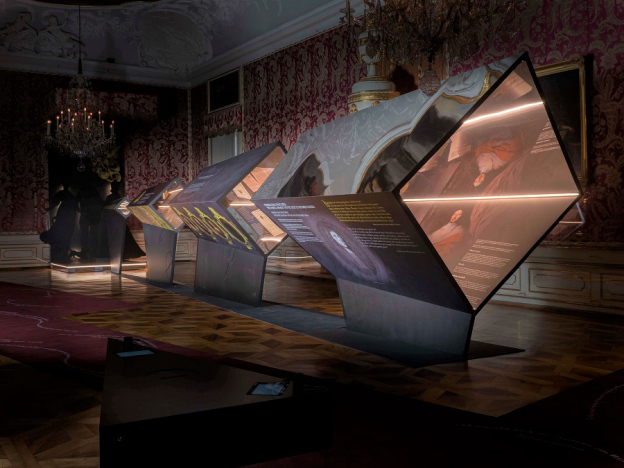 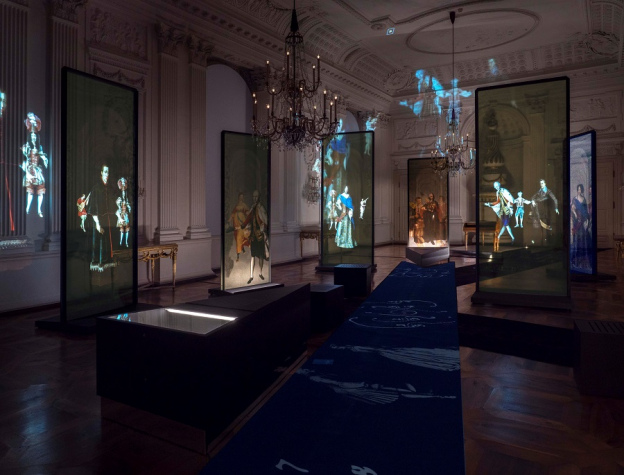 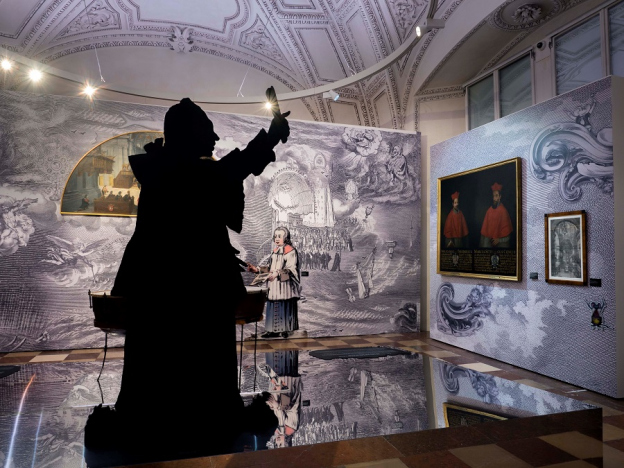 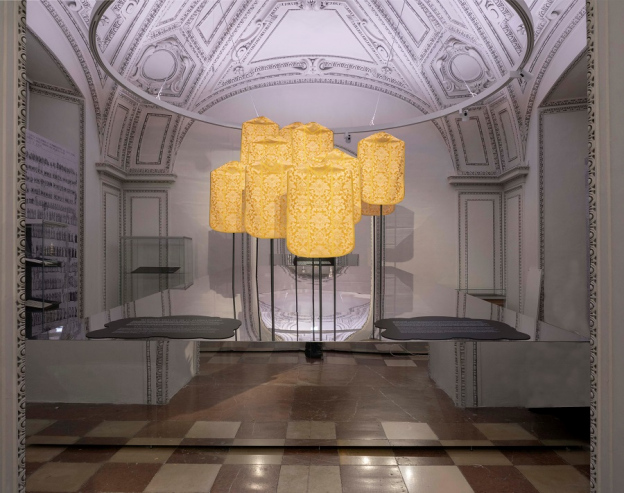 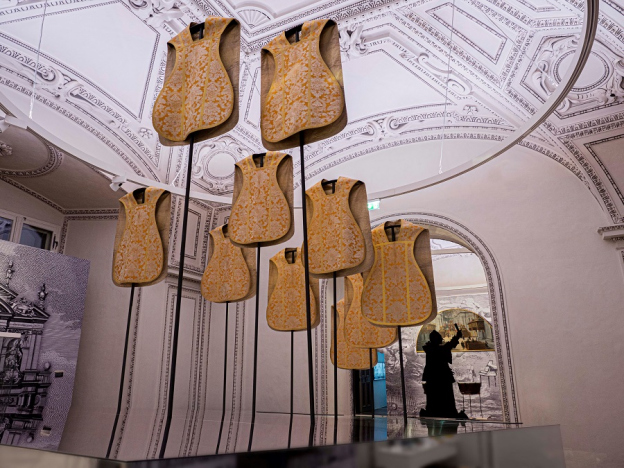 The Music-App is available free of charge for iOS and Android:

Without music everything would be nothing! (W. A. Mozart)

The app is the accompanying medium to the exhibition “Everywhere Music!

The exhibition catalogue is available in the shop of the Residenzgalerie Salzburg and online for € 14,90.