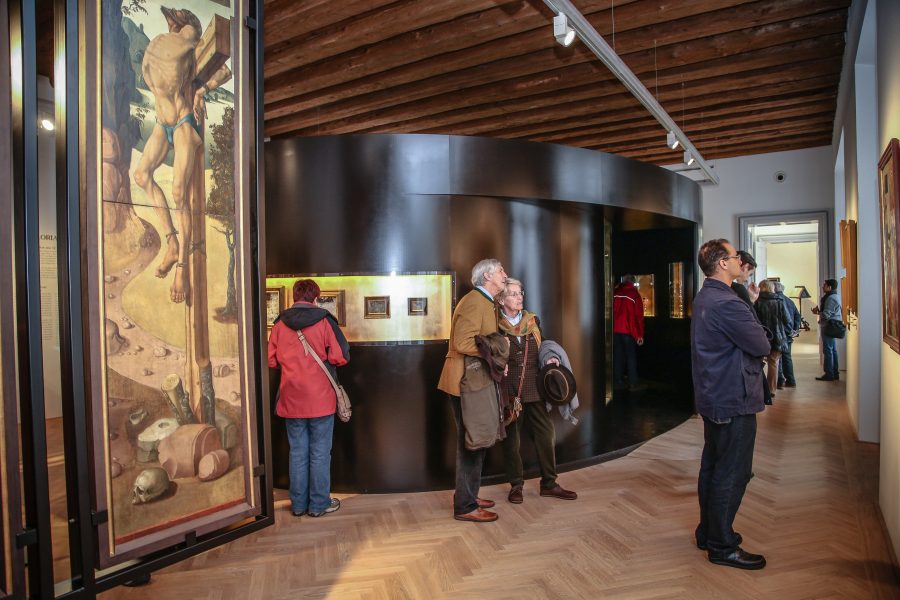 The extremely rich art collection of St. Peter’s Benedictine monastery is comprised of approximately 40,000 exhibits. The museum is divided into three focuses: St. Peter and art, St. Peter and music, and St. Peter in history and constitution.
The newly designed Museum of St. Peter, in the so-called “Wallistrakt” of the old archbishops’ residence (the former “Hofbogengebäude”), displays artistic treasures from the abbey’s collection. Some are being made open to the public for the first time, while others have not been open to the public since the 1982 State Exhibition. As in most monastery collections, medieval church treasures make up the basis of St. Peter’s collection. The religious life form of a monastery and the celebration of holy liturgy require certain equipment and textiles which are preserved in the sacristy and later in the treasure chest due to their value, which is not just material. Starting very early, these objects were recorded in the so-called jewel directories, many of which are preserved in the monastery’s archive. One of the oldest listings in which the Rupertus and Limoges pastorals, for example, are mentioned dates back to 1462. An additional source is account books which give information about the sometimes costly purchases, such as some by the abbot Rupert V. Keutzl who ordered numerous valuable tools and jewels.