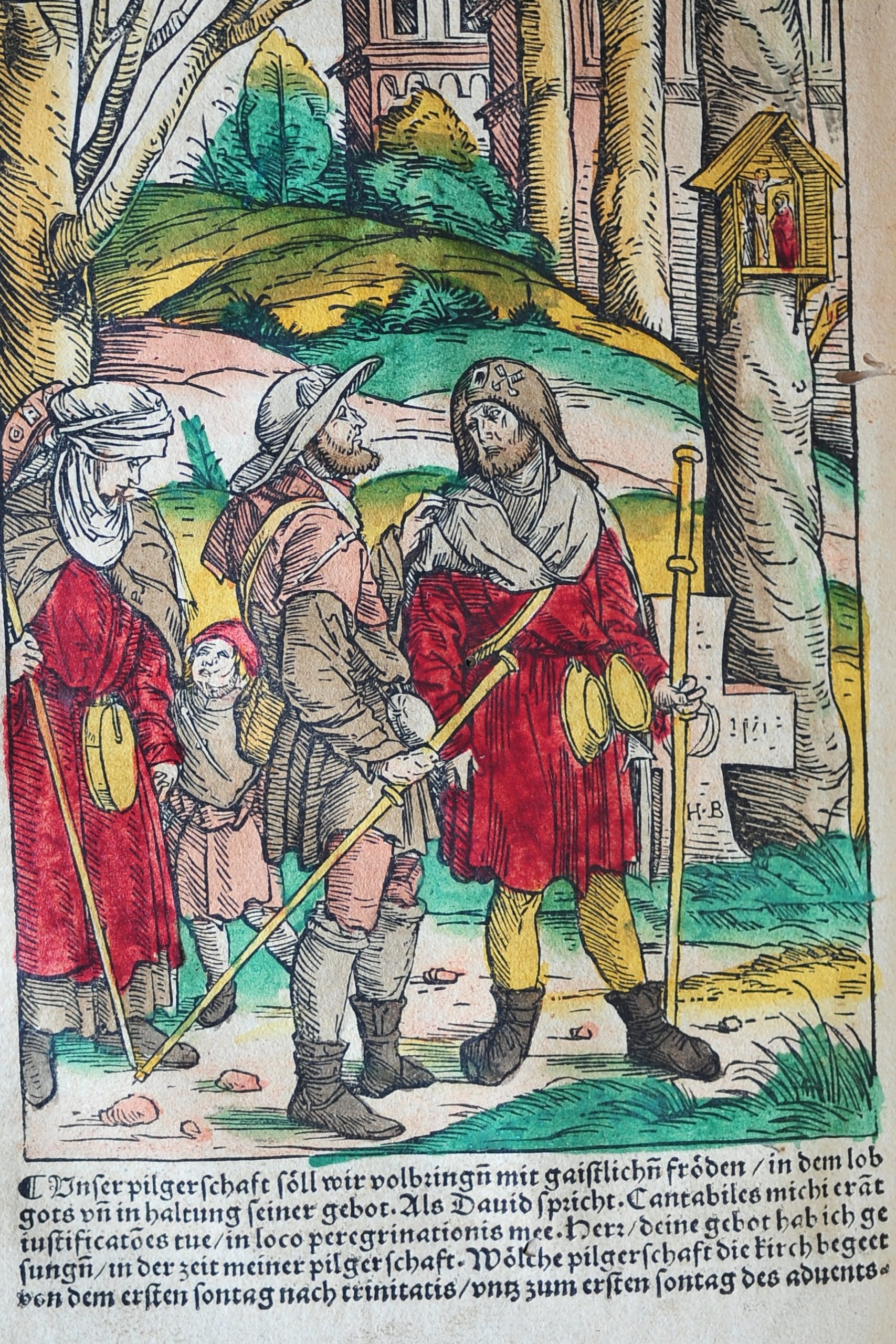 The exhibition documents the many trips to Italy made by Benedictine monks from the early Middle Ages to the present day. Through the cooperation of St. Peter‘s
Abbey with the monastery archive of St. Gallen, the Einsiedeln Abbey and the Michaelbeuern Abbey, Benedictine travel culture is presented to the public by means
of exhibit objects from over the course of more than 1200 years.

Among the main destinations of the early Middle Ages was the city of Rome, whose importance is underlined by its designation as “caput mundi” – the capital of the
world. In addition to the routes and destinations of the traveling Monks, the motivation of the travelers is also addressed, ranging from pilgrimages to study trips,
“Grand Tours” to official journeys.

The function of each monk within the community is a determining factor of their business travel. The abbot or a representative of the monastery takes care of administrative and canonical matters in the Curia (for example receiving an indulgence) or takes part in assemblies of the Benedictine Confederation.

Additionally young monks are sent to Rome to study.   Beginning in the 17th century, the Benedictine Monastery of St. Paul Outside the Walls constituted the scientific center of the Benedictine order in Italy. Today the international Benedictine University (Pontificio Ateneo Sant’Anselmo) founded on the Aventine in 1888 continues this function. Beginning in the second half of the 19th-century Salzburg Benedictine monks have regularly spent time as students in Rome.  Many of them are even ordained as priests there.

Holiday travel only became possible after the feudalistic social system of the Middle Ages became obsolete in the 19th century. The new periods of work-free leisure time made it possible for various social classes to go on holiday for the first time.
Holiday travel for Benedictine monks does not contradict their vow of stability. The current statutes of the Austrian Benedictine Congregation foresee ample, meaningfully planned leisure time and recommend three weeks of holiday per year.

The form of travel known as the Grand Tour developed in the 17th-century as an educational journey through Europe for young upper class wealthy men and was later adopted by lower social classes during the 18th century. The journey was usually a time of study combined with a trip to visit important sites of interest dependent on each traveler’s focus. The southernmost point of the journey was Naples with an ascent of Mount Vesuvius and a visit to the excavations of Herculaneum. The journey also made it possible to develop a network of international social connections. One especially well documented example is the journey taken by Padres Alois Stubhahn OSB und Albert Nagnzaun OSB from St. Peter in the years 1804–1806.

Three important Italian pilgrimage sites of Catholic Christianity are found in Rome, Assisi and Loreto and have brought a steady flow of pilgrimages into the country since the early Middle Ages. Rome became the center of travel with the first pilgrims frequenting the graves of Peter and Paul and the churches built above them. With the introduction of the Holy Year of Jubilee in 1300, a spiritual path through Rome to the seven main churches was set. (San Giovanni in Laterano, San Pietro, San Paolo fuori le Mura, Santa Maria Maggiore, San Lorenzo fuori le Mura, San Lorenzo and San Sebastiano).

For members of the Benedictine order, important travel destinations are places on the Apennine peninsula where their founder St. Benedict (about 480–547) was active, especially Subiaco and Montecassino.