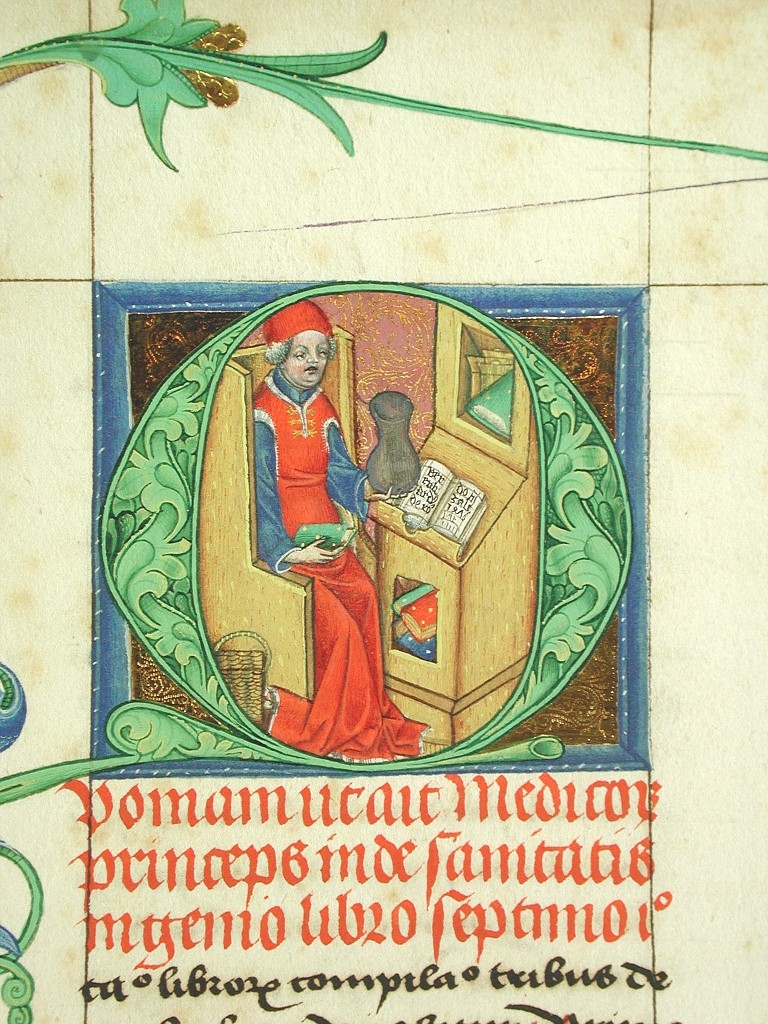 The Salzburg University Library and the Cathedral Museum display illuminated manuscripts from late medieval scriptoria and libraries in Salzburg. To commence with there are books

from Ulrich Schreier’s immensely productive workshop as well as other gothic scriptoria in Salzburg. The archbishops however also collected Italian and French manuscripts. Monasteries in turn engaged their own or outside scribes for their libraries.

Books were not a basic commodity in the Middle Ages. Producing them required considerable time and money: each individual exemplar had to be written by hand and the material was very costly.

Illuminated manuscripts were considered objects of prestige in the Middle Ages with only noblemen and high clergymen financially capable of purchasing them. Salzburg’s prince archbishops were known as collectors of rare and valuable books.

It was the duty of a book illustrator to illuminate manuscripts or to literally “set them alight”. The dazzling colours of the chosen exhibits attest to the artistic achievements that Salzburg and international studios were capable of.

This exhibition is meant to give the viewer an impression of the great significance that the magnificently embellished manuscripts held for the archbishops as well as the Salzburg monasteries in the 14th and 15th centuries.